Circumcision in your teens? Lots of reasons to say “yes”

Today, teen circumcision is on the rise, and while the reasons aren’t always clear, chances are they’re related in some way to self-esteem: 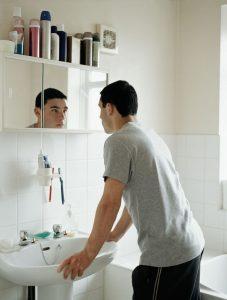 Fortunately, if you decide you want to be circumcised as a teen or young adult, the procedure is a relatively simple one. It’s performed as an outpatient procedure, which means you can go home shortly afterward, and the recovery process is simple too, typically taking just about two weeks until you’re fully recovered. The procedure is performed using a local anesthetic, and you’ll be prescribed painkillers to help ensure your recovery is as comfortable as possible.

And by the way – if you’ve read that circumcision decreases sexual pleasure, you might be interested to know that a major study of more than 40,000 guys – the biggest one ever to consider this issue – determined that’s just not true; in fact, the study found men who were circumcised tended to report higher levels of sexual satisfaction than men who weren’t circumcised.

One more thing: Don’t be too hard on your parents. While it’s true most circumcisions occur shortly after birth, chances are pretty good they didn’t make the decision lightly, and they likely felt they had very good reasons for not having you undergo the procedure as an infant. In fact, in the U.S., infant circumcision rates have decreased substantially in recent years, perhaps because parents feel that, ultimately, the choice should be left to the child when he’s older. Instead of being angry or upset about decisions made in the past, be optimistic about what the future holds and talk with a doctor about your options.